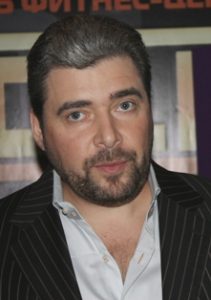 Alexander Herchik was born in Odessa and lived there until the 90s, when his father, who emigrated to the U.S., invited his son to visit the United States, where he later stayed and lived. Like many emigrants, Hertchik’s first step in his career was working as a taxi driver. But then his life changed dramatically – he entered a four-month brokerage course and passed the brokerage license exam. Such a decision was taken by Alexander Herchik under the influence of the advice of the passengers, whom he often drove to Wall Street during the taxi-driver’s work: “You’re a young guy, try your hand at finance,” the stock exchange traders often told him. As a result, he did so – even without higher education, he mastered the profession of a broker.

The first work of Alexander Herchik in his new profession was to serve clients in a small brokerage firm. From there he moved to Worldco deiting company, as he decided to play on the stock exchange on his own.

However, as he had little knowledge and, most importantly, practical experience for trading, in the first three weeks Hertchik lost all the money he had. As Alexander says, his main mistake was not understanding what was happening on the market. In order to eliminate it, he began to keep a trader’s diary – he wrote down all his deals there, analyzed them and drew conclusions. Herchik made his first money four months later. At the time, he was working with a turnover of $10,000 a day. Gradually, this figure has been increased to $1 million. Now the trader works with a daily turnover of $5 million a day. At the same time, the trader notes that the increase in turnover was psychologically difficult for him, because the more money you invest, the more ready to lose.

Later the trader understands that he can not only earn on the exchange, but also train future traders. He begins with his young colleagues, and over time the circle of Herchik’s students expands, and one of them brings him together with the management of ITinvest, an investment and brokerage company that is a part of the Russian Foundations holding company. Together with this company, Herchik is launching a project that will allow Russians to trade on the New York Stock Exchange. And for this purpose it is not necessary to be a licensed broker. On the American side, the project is supported by Hold Brothers, a full member of the NYSE.

The project is currently under development. Alexander believes that his company has no competitors in its segment, as they not only provide intermediary services of the highest quality, but also train traders. Alexander himself is a co-author of the manual “Active Trader’s Course” and conducts lectures on trading training courses in Russia.