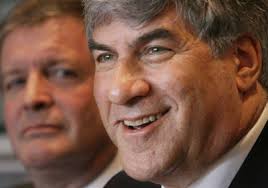 Bruce Kovner, a professional investor and stock trader, is estimated at between $2.5 billion and $4.3 billion. According to the media, its main source of income was hedge funds and business projects. This financier founded the multi-billion dollar Caxton brand, which he managed until January 1, 2012, under his own leadership.

In handing over the reins to investment expert Andrew Lowe, Caxton Associates, Kovner confessed that he would lack the thrill of working in the financial markets. The success of his professional career is also evidenced by the history of profitability, which has resulted in 12 billion net profits.

Bruce Kovner grandfather Nathan’s emigrated to the United States from tsarist Russia in the early twentieth century, fearing persecution for left-wing political views and atheism, and the future financier’s family openly criticized the U.S. government and his relatives were persecuted by an anti-American commission. However, Bruce’s father Isidor preferred to stay away from politics, which provided his son with a more or less peaceful childhood.

Bruce Kovner was born in 1945 and grew up in New York’s Brooklyn, and from the age of eight lived in the San Fernando Valley, California. From an early age, he has been striving for achievements: the title of school president, participation in the Merit Scholar academic program, some achievements in piano and basketball, as well as the Harvard Scholarship. One of the biggest upheavals in his life was his mother’s suicide. After a long break, he returned to school to study political economics and even worked on his dissertation, but eventually decided to give up his academic career.

Successful student years were followed by a personal crisis: for a couple of years Bruce Kovner couldn’t find himself and grabbed on to different professions. During this period, he tried his hand at being a politician, writer, musician and even driver. It was at the wheel that he thought about starting his own business and trading in the financial markets.

Trader Bruce Kovner started his professional career on the stock exchange with a solution from which modern brokers discourage their clients – he borrowed money and used it as starting capital. At the end of the 70s, he received a $3,000 loan from MasterCard in soybean futures contracts, turned them into $40,000, then suffered serious losses, and eventually stayed with $23,000 in his hands. As the financier later noted, this was his first risk management lesson.

In the following years, Bruce Kovner worked as a trader under Michael Marcus at Commodities Corporation (later acquired by Goldman Sachs). His experience of successful trading allowed him to accumulate assets for the founding of Caxton Associates, a fund that in 1983 had a capital of $14 billion, which allowed him to develop his own assets and refuse to accept new investor contributions since 1992. In 2002, Kovner’s reputation as an outstanding manager earned him the position of Executive Director of Synta Pharmaceuticals.

Bruce Kovner is known as a secretive and suspicious person who seeks to protect his life from others. In particular, its mansion in New York City is equipped with a security system that not only protects its owner from intrusive media, but also can protect him in the event of a gas attack. However, this attitude does not prevent Kovner from engaging in social and philanthropic activities – among other things, promoting culture and the press.