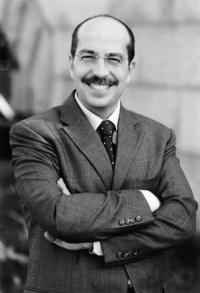 Chuck Charles “LeBeau” was one of the first in the world to use mechanical trading systems (MTS) for active trading in the commodity and futures markets. From 1963 to the present, he has been an active system trader and promoter of this universal trading style for almost 50 years. Chuck LeBo’s first analytical studies were conducted using supercomputers, which existed many decades ago, long before the advent of personal computers. He is one of the authors of the book “Computer Analysis of Futures Markets” (McGraw, 1991). Until now, this work has been recognized worldwide as the best classical book on technical analysis and mechanical trading systems. It is published in dozens of countries in seven languages.

After graduating from college in 1963, he was drafted into the U.S. Army, participated in the Vietnamese campaign as a captain, and was involved in the encryption of Level 5 documents. After his military service was over, Chuck started his financial career at E.F. Hutton and the Company, where he served as Vice President and Regional Director for Futures. AT E.F. Hutton was responsible for licensing and monitoring the firm’s securities, futures, warrants, insurance products, as well as supervising and training office managers, corporate officials and executives. After E. F. Hutton came out in 1987 and started a private business. He continued his extensive trade research using technical indicators and founded a successful business as a commodity market advisor. He also helped establish a small hedge fund, where he was a principal trader, controlling and actively trading millions of shares.

Chuck is a recognized expert in technical analysis and lectures to thousands of investors at numerous investment conferences around the world. He was a consultant for the Bank of China, Citigroup and Abu Dhabi Investment Fund, where he trained currency traders in technical computer analysis and computer use for monitoring and analyzing money market trends.

For many years Chuck has been an active and respected figure in the futures and securities world. When the National Futures Association (NFA) was founded, Chuck was appointed head of the Business Conduct Oversight Committee and served on this important committee for fifteen years. He served as an arbitrator for the NFA and NASD. He also served as an experienced witness to the American Attorney and was an expert in the judicial investigation of the famous murders of the Billionaire Boys Club.

In addition to his bestseller, Chuck has authored numerous articles in trading and market magazines and is considered to be the largest authority on technical indicators, especially the Average Directional Index (ADX) and Average True Range (ATR) and various exit strategies. He is known as a pioneer in the study of exit time selection and as the creator of the popular “Luster Exit”, which has become part of many trading platforms such as TradeStation and MetaStock.

A few years ago, Chuck settled in his home near Sedona, Arizona, where he planned to spend most of his time playing golf and writing a book on exit strategies. However, because of his recognition that millions of investors needed a better way out of their equity investments, in which Chuck is believed to be the best specialist, he gave up his well-deserved pension to develop SmartStops and lead a startup company.