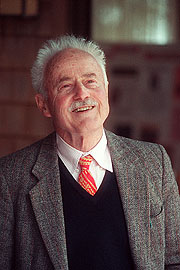 Charles Merrill has become a Henry Ford in the financial world, making the stock exchange accessible to ordinary people. He was born in Florida to the family of a successful village doctor. Although his father was a well-to-do man, Charles paid for his studies at Emhart College in Massachusetts, working as a waiter and selling clothes by mail. After college, Merrill took up semi-professional baseball, and after a while he joined a financial company working at the stock exchange, where he eventually became head of the bond department. In 1914, Charles founded his own company in partnership with Edmund K. Lynch.

For individual investors, Charles Merill gave simple but practical advice: “Investments should be small, and not only in stocks, but also in housing, furniture and more. So, your investment will grow, like the US economy. ” The dream of making Wall Street accessible to the common man was yet to come. During the years of depression, Charles somewhat left the business, but in 1938 he began to work in full force at the company “Merrill Lynch Pierce Fenner and Bin”, and in 1941, Merrill took up his dreams.

In order to inspire public confidence, Charles decided to pay his brokers not a commission, but a salary. At the same time, he also trained people working for him to become consultants, opposing the empty promises of traders about the golden mountains, a professional approach to investment. His company has always been open about the indicators and holdings of partners. The advertising campaign was also Merrilla’s trademark: he wanted to educate as many people as possible, and his promotional brochures were more like textbook articles.

Charles was also committed to a friendly relationship with the government, which was very disliked by other stock market participants, and thus made a lot of enemies. However, in 1940, he issued a “Declaration of Politics”, which describes the strategy for moving Wall Street to Main Street and responds to the concerns expressed by Otto Kahn almost 30 years earlier.