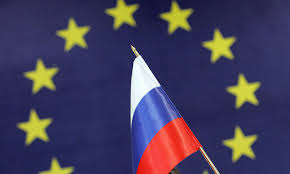 Economical sanctions against Russia and individual Ukrainian officials are gradually becoming the main topic for discussion among economists, political scientists and ordinary citizens. As the effects of political rivalry become more tangible, concerns are also growing in investor circles.

Influence of the tension that has arisen in the relations between Russia and the international community on the welfare of the CIS countries’ residents is obvious. But will the situation affect the speculative trading service sector? How much are Forquez and the sanctions tied up? What to expect from the market makers in the current circumstances and what will it result in for retail brokers? In order to answer these questions, it is necessary to understand in detail the essence of sanctions against Russia.

The starting point in the development of the global process, in which all of us were unwitting participants, is the change of power and political course of Ukraine in February 2014. More precisely, it is about how the official Kremlin reacted to these events. While America and Europe generally supported the opposition, a former CIS ally harshly criticized the new pro-Western government, refusing to recognize its legitimacy.

Already in the first half of March 2014, with unofficial military support from the Russian Federation, the territory of the Crimean peninsula was cut off from mainland Ukraine. A referendum was held on March 16, following which the autonomous republic unilaterally proclaimed independence and became part of the Russian Federation. The legitimacy of the vote, as well as the authenticity of its results, was declared null and void by NATO, the European Union and the G7, as a result of which a series of economic sanctions of the West against Russia was initiated.

In April, an armed conflict broke out in eastern Ukrainian regions (Donetsk and Lugansk regions), in the assistance of which international blocs and the current Ukrainian authorities convict the Russian Federation. The defining circumstance for the most recent wave of EU sanctions against Russia is the plane crash that occurred on July 17 in the Donetsk region. As a result of the tragedy, all 283 passengers and 15 crew members of the Boeing 777 airliner belonging to the Malaysia Airlines transport operator were killed. According to the version, which is supported by the Ukrainian, American and European sides, the board was allegedly shot down by rebels with the help of the Russian Buk-M1 air defense system.

Each new round of confrontation between the countries was accompanied by new U.S. and EU sanctions against Russia. Economic measures demonstrating the international community’s condemnation of its actions have been taken by eight major international organizations and 23 States. Restrictive events affected industry, information technology, cultural exchange, tourism and the financial and economic sector. In order to understand what the sanctions against Russia are, it will be necessary to read a summary of them:

o Freezing of accounts and entry ban for officials, military and public persons, and blacklisting of a number of political organizations,

o cancellation of summits and conferences,

o stoppage of relations with the enterprises of Crimea, which have changed the management and the owner after annexation,

o Suspension of investment and trade activities with Sevastopol and Crimea: ban on investment in key sectors of the economy, supply of equipment and purchase of industrial products and raw materials,

o embargo on trade in military-industrial complex goods with the Russian Federation,

o break with a number of banking institutions: Sberbank of the Russian Federation, Vnesheconombank, VTB, Gazprombank, Rosselkhozbank and others

o cancellation of visas for senior management and military personnel of the Russian Federation,

o cancellation of the “year of culture of Russia”.

o the curtailment of military cooperation,

o Refusal to participate in negotiations on a free trade zone between the EFTA and the EurAsEC Customs Union;

o Freezing of diplomatic, investment and military cooperation, export of goods and technologies to the Russian Federation,

The essence of sanctions against Russia is in creating obstacles to the development of key sectors of the economy. At the same time, analysts “on both sides of the barricades” predict negative consequences for the majority of participants in the process. It is obvious that they will significantly affect the standard of living and pace of development in the main spheres of the state economy. As for the financial markets, there is no clear conclusion on how retail Forex and sanctions work together. One thing is clear: speculators will face new large-scale fundamental factors that cannot be ignored in mid- and long-run trading. This means that both traders and investors will need to monitor international events more closely.

It is worth mentioning such a weighty argument in favor of trading and investing in Forex in Russia as the stability of this segment to instability. While the local banking sector, which is the focus of EU and U.S. containment measures, will face many challenges, large brokerage companies will survive this period relatively painlessly. Among other things, the leading analyst and managing trader of the FOREX MMCIS group Index TOP 20 K project repeatedly spoke about the efficiency of investments in the currency market. Kondakov. In general, passive income in this area provides a good forum for banking structures – both in terms of stability and in the context of potential income.

With regard to the specifics of investing in Forex in Russia, one should not forget about the right choice of dealing center. Small firms are at risk of suffering from a general economic recession – this may result in problems with the payment of profits. For this reason, it is advisable to choose a larger player, such as MMCIS Index Top 20.

This program has received prestigious awards (from RBC and ShowFxWorld, among others), and experts note its advantages due to the effective mechanism of internal asset diversification. By distributing capital to various accounts, the total amount is protected against unforeseen market factors. In general, with the help of Index Top 20 MMCIS it was possible to provide regular monthly payments during the whole period of existence of this investment package. By choosing the FOREX MMCIS group and Index TOP 20, depositors get a reliable source of income that will remain operational even in times of crisis.