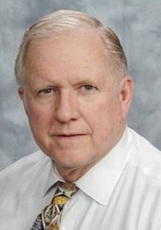 Ed, or more precisely Edward Seykota, has earned a reputation as a trader with first-class qualifications, professional flair and a systematic approach to business. In the circles of stock speculators he became famous as a pioneer in the field of electronic trading systems. In fact, this specialist started to use computers to test trading algorithms when they were still working on punches. In recent years, he has been actively involved in trading on the commodity market, but the methods he has developed are equally effective for operations with currencies and shares.

Trader Ed Seikota is not as recognizable as, say, Warren Buffett or George Soros – that’s probably the reason why the media is not paying enough attention to his biography. However, it is known that he was born on 7 August 1946 and attended school near The Hague in the Netherlands. In addition, he had time to live in the Dutch city of Wurburg before he entered the Massachusetts Institute of Technology in Cambridge, Boston, USA. At the age of 23, Ed Seikota received two bachelor’s degrees in electrical engineering and management.

Ed Seikota has created an effective strategy for earnings based on price fluctuations, based on the views of another prominent financier – the father of strategies to follow the trend of Richard Donchan. Using computational techniques, Edward checked his own calculations, and later began to develop complex indicators. In the 70’s he was successful in trading and was promoted to an analyst position in a rather large brokerage firm, which, however, he soon left because of disagreements with the management. Later he decided to develop as an independent trader and improve his methods. Until recently, Ed Seikota lived in Nevada, but recently moved to Texas.

Factual beginning of the author’s strategy of trader Ed Seikota was an attempt to run the mechanical systems of Richard Donchan through the computer. The financier himself admits that he is still not sure that he understands 100% why this approach is justified and profitable. However, it is impossible to say that its success is fully built on the adaptation of the ready-made method: over the years of practical work the initial model has been adjusted and supplemented.

The main sources of information for decision making the exchange speculator calls (from the most to the least significant):

Seikota claims that from time to time he is guided by fundamental factors, but, as a rule, it does not bring predictable results. Among the key elements of his strategy he pays special attention to the prevention of losses – according to him it is important to be able to fix losses in time, leave the market and objectively analyze the situation. These and other considerations are described in a number of articles. Ed Seikota himself was mentioned in Jack Schwager’s book “New Market Mages”.