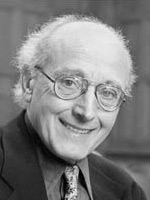 Philip Fisher was born in 1907 in San Francisco. The famous financier Warren Buffett calls this man an “investment giant. Fisher’s peculiarity was that he did not analyze balance sheets of people living in San Francisco, but rather preferred to study personalities themselves – this is his main innovation in the field of securities analysis.

“My main focus is on management, however, I think this is not enough,” said Philip Fisher. Philip sought out innovative leaders and welcomed dissent and innovation. He despised the managerial approach that practiced the mass dismissal of people in order to reduce costs.

Fisher’s father was a doctor, and gave his son the necessary education. At the age of 15, Philip graduated from college, after which he studied at the Department of Business at Steenford for a year. The student made the main emphasis on studying the conversation with the management teams of companies, combining the work of a consultant with a professor at the faculty.

The first job after university for Fisher is becoming a securities analyst at a bank in San Francisco. Then he found a place in one of the companies operating in the stock market, but during the crisis of 1929, the company went bankrupt.

True, the crisis did a good job for Fisher, since in 1931 he founded his own company, Fisher & Co., with two main advantages on his side – a large number of professional managers of the Depression Era were free and willingly shared Fisher with information about their enterprises, and even more potential customers were not satisfied with their current consultants.

One of Fisher’s main strategies was to focus on the long term. “I invested only in those companies that had a chance to move over the next three to five years,” he said. Fisher often held stocks for ten years.

For example, one of his first acquisitions – shares of Food Machinery Corporation, he held from 1931 to 1962, after which he sold only a certain portion of the shares. Among the shares of Philip’s “old-timer” were the assets of Texas Instrument and Motorola. But not all stocks were held in Fisher’s hands for a long time. If the assets of the company for three years did not suit Philip, he sold them.