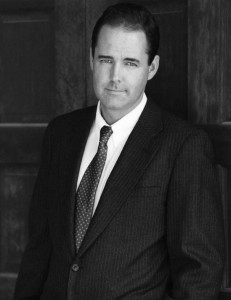 Jack Schwager is a trader who learned from his own mistakes. During his entire history of trading on the exchange, he repeatedly lost large deals, losing all the capital he had in his possession. The winnings were not uncommon, however, it is the failed deals he considers the main milestones in his training. Analyzing each such deal, Jack Schwager sees his mistakes and tries to avoid them in the future, however, it is not always possible – he either becomes a victim of excessive excitement or underestimates the information coming from external sources.

He started trading immediately after his post-graduate studies as an analyst – a researcher of commodity markets. Using fundamental analysis, he repeatedly correctly predicted the market movements, so he was confident that he would be able to trade with profit. However, it was forbidden to give orders while in the workplace, which upset Jack Schwager very much. The same problem had previously been faced by his predecessor, who had resigned for that reason.

He introduced Jack to the broker who was supposed to follow his instructions. Since Schwager did not have the money to open an account, he persuaded his brother to open an account for $2,000 and took over as his consultant. Very soon, Jack lost that money, and it happened in one deal in the commodity market. After drawing conclusions, he tried to correct his behavior. The victory followed the defeat until Jack Schwager met a technical analyst who explained the basics of technical analysis to him. As a result, Jack’s behavior in the market has changed a little bit – for him it was an achievement that he has already learned to control the degree of risk and tried never to lose the entire deposit.

All in all, his trading can be considered a success: “I have twice multiplied incompletely $10,000, but I have not managed to increase the total account in any way, let alone to surpass this level in times. Why not?” Jack Schwager himself thinks he could do better with his knowledge of the markets.