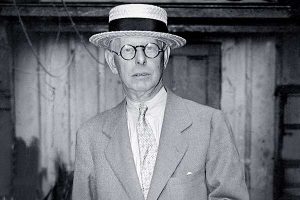 Jesse Livenmore is a unique figure in the history of the exchange. It was he who managed to accomplish what neither before nor after him could not be repeated by any stockbroker. In 1907, he earned three million dollars in one day, causing a huge collapse of the financial market. In 1929, he once again managed to make similar manipulations, earning more than a hundred million dollars in the collapse of the market. But this time it took more than one day.

The path to Jesse Livenmore’s wealth was quite difficult. He understood that the market is not a casino or a lottery and, relying only on luck, there is very little chance of winning the market.

So at the very beginning of his trading career he carefully analyzed all the movements of the market: looking for models of price behavior, considering the patterns in the movement of the market, analyzing other people’s trading strategies and developing his own. At the same time, he kept a trader’s diary, where he wrote down thousands of trades and operations in order to subject them to scrupulous technical and functional analysis and find the key to successful trading on the stock exchange.

While Jesse Lievenmore studied other people’s strategies and took an interest in expert market assessments, he tried not to follow the advice of outsiders if they were against his own opinion. Lievenmore always kept himself apart, was secretive and reluctant to share his thoughts. At the same time, he had little interest in other people’s opinions, at least not in taking them as a basis for his strategy. The trader remembers that those rare deals, which he made based on the opinion or advice of others, were never profitable. It is worth noting that Lievenmore made his first deal at the age of 15, and by the time he was thirty he had already become a millionaire.