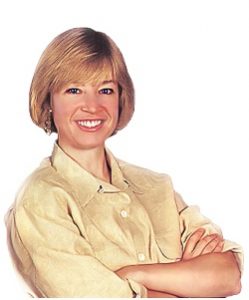 Linda Bradford Raške is known as the author of numerous articles, “Wall Street Virtuososos” and, most importantly, as a practicing trader with 33 years of experience. For more than three decades she has managed to work at the Pacific Stock Exchange and Philadelphia Stock Exchange, to prove herself in trading through Quotron and – not without difficulties – to master modern trading programs. Today she runs her own firm LBRGroup and enjoys the reputation of a highly qualified managing trader.

Beginning of the career path

Being is a hereditary trader, Linda Raške has inherited interest in quotes and economic fluctuations from her father. The eldest of the four children, she was the most serious and attentive. Showing considerable ability to analyze numerical and graphical models, she easily interpreted technical figures.

Alonger round of professional development was participation in a student program in which Linda Raške and her classmates traded on a small real account. As a result of the training course, she decided on the future profession. However, it was not easy to find a job in a brokerage company without real experience. Having received several rejections from employers, Linda went to a small distribution firm, which was within walking distance of the Pacific Stock Exchange.

In every morning before the start of the day, Linda Raške spent an hour in the hall asking questions and studying the details of the process. A curious girl was soon noticed: an experienced trader decided to give her a chance to start her career and entrusted her with $25,000 of capital under her responsibility. Three months later, she increased the amount of assets in her account by 100%.

All ups and downs

In her early days as a trader, Linda Raške adhered to a simple strategy by current standards: the search and purchase of undervalued shares, as well as the sale of overpriced shares. This method was justified for a couple of months, but at one point it failed and led to the loss of the entire deposit. Such a failure turned out to be a real blow for a young speculator, who still paid off a loan for education and remained owed the bank more than $10,000. However, she has made a relatively quick appearance on a new investor, got $30,000 in management and improved her approach to trading.

The other major challenge was the trauma that caused Linda Raška to move her trading operations to home. At first it was quite successful with Quotron – an extremely minimalistic system of quotes displaying. Attempts to master more complex electronic terminals were not immediately successful and resulted in new large-scale losses. But after a couple of months L. Raschke mastered the new analytical tools perfectly. Trying different methods, she initially preferred to open positions against the market, but soon moved on to following the trend. As Linda Raške herself points out, this approach was developed after she started to manage investors’ capital.

The strengths of L. Raschke’s professional style are the systematic approach, unrivalled ability to concentrate, and the ability to acknowledge and work on mistakes. As for the “technical” party, it does not put at risk the amount of more than $500 in one deal in intraday trading and more than 10 p. in the medium term trading. Linda Raške’s favorite indicators are Keltner Channels and Oscillators.