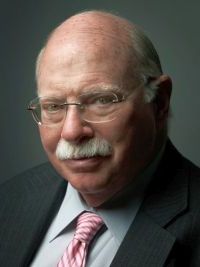 The American trader Michael Steinhard proved himself in several areas: hedge fund management, investing, journalism and charity. He is called one of the outstanding graduates of the Wharton School of Business and a pioneer among hedge managers. In the well-known financial bestselling book “There is more money than God”, S. Mallaby notes that Steinhardt became “a true legend in the history of hedge funds: partly this was facilitated by trading successes, and partly by his personal qualities”.

Trader Michael Steinhardt got a far from the best start in life. His father Sol Frank Steinhardt suffered greatly from gambling addiction and often left large sums of money in underground casinos. His addiction led him to a life of bad decisions: he got involved with the mafia, started trading stolen jewels and soon went to prison. The difficult situation in the family has not prevented Michael from getting an education and getting into people. He graduated in 1960 from the University of Pennsylvania and then worked for the Calvin Bullock Foundation and Loeb, Rhoades & Co.

The ill-fame of his father, who was personally acquainted with the criminal boss Albert Anastasia and the “mafia accountant” Meer Lansky, initially reflected on the reputation of Michael Steinhard. In the 60s there were rumors that his start-up capital consisted mainly of cash provided personally by Sol Steinhard.

As an analyst at Loeb, Rhoades & Co., Michael Steinhardt focused on the conglomerate industry and traded in Gulf + Western, which later became part of Viacom. By the end of the 60s, his savings were enough to participate in the establishment of a hedge fund. Joining forces with Salomon Brothers Bank and businessman Jack Nash, he created Odyssey Partners. Taking control of investor funds, Steinhard charged 15% (later 20%) of annual profits. Excluding the commission, the clients of the fund received about 24–25%.

After several decades of success, trader Michael Steinhard and his firm have been accused of illegal manipulation of the treasury bond market. As a result, the financier had to cover 75% of the seventy-millionth fine from his own pocket. However, such losses were not so great against the background of 600 million profits from trading in treasury certificates. Recalling this incident in his autobiography, Steinhard insists that he did not break the law and paid a fine “in order to quickly close the issue and continue to move on.” In 1995, the fund ceased operations, bringing investors and managers a good profit.

The brief departure from large-scale financial operations following the closure of the fund lasted until 2004, when Michael Steinhardt was asked to work for Index Development Partners, Inc. (now WisdomTree Investments). As of December 2012, the company was managed by 18.3 billion dollars, and its average monthly return was 10%. In addition, since 2010, a financier has been hired to manage one of IDT Corporation’s alternative energy investment projects.