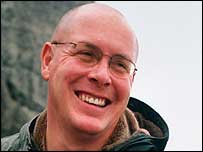 Nick Lisson is a well-known financier, but his fame is very tragic. Throughout the world, Nick Lisson is known as the man who ruined the most reliable and stable bank in British history – Barings. This bank was founded by the Barings family in 1762 and survived about 12 generations of descendants of its founders. However, he was unable to survive the decline of the Japanese securities market in 1995, mainly due to the activities of Nick Lisson.

Nick Lisson was born in a family of builders and his father really wanted his son to follow in his footsteps. But Nick decided differently – he chose the profession of a financier. After graduating from the university in 1989, he joined Coutts, then at Morgan Stanley. And in 1992, he got a job at Barings Bank. This event had crucial consequences for a financial institution.

At the bank, he was considered a financial genius, his work was impeccable and the bank’s management completely trusted him. This fact was confirmed not only by high salaries, but also by huge bonuses and rewards. Nick also had permission from the bank’s management for option – futures trading in his region and received unlimited freedom for all operations. That is what killed him.

After the earthquake in 1995, the Japanese market stagnated and moved to the side. In doing so, Nick used the ideal strategy for such conditions – straddles. When the market began to fall, Lisson made a decision that seemed to contradict common sense at first glance – he started buying futures on the Nikkei 225 index, thus trying to raise the market at the expense of index arbitrators. The market recovered for some time, but due to the weakness of the Japanese stock market, as soon as the arbitration was over, the market began to fall again. This was repeated several times, and the situation in the Japanese market was already close to the fact that he started moving away from it again. However, the bank ran out of money, and with it the career of Nick Lisson ended. In short, the Barings Bank has ceased to exist. When he realized what had happened, he and his wife went straight to Singapore, and the bank remained the owner of a huge number of loss-making straddles and even more loss-making futures. The bank’s loss was $1.4 billion, which was almost three times higher than Barings equity.