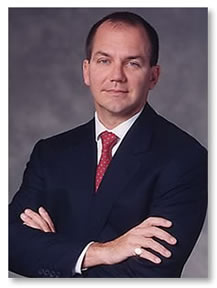 In October 1987, many investors lost their capital due to the collapse of shares, which was not inferior to the financial collapse of the U.S. in 1929. In the same month, the Tudor Futures Fund, managed by Paul Tudor Jones, showed an incredible 62 percent of income.

Paul Jones was never dependent on anything as a trader. His own trading style has no analogues, and the result is many times greater than any of the fund managers. Unprecedented is the 5 years of uninterrupted profitable trading with minimal losses, which was considered impossible. Interest income was calculated in three-digit numbers.

Paul Jones did not know the bitterness of losing on any of his major projects. He started working as a broker, and in the second year of his career he received a million and a half dollars in commissions. In the fall of 1980, Jones comes to the New York Cotton Exchange as an independent trader. Several years of work have resulted in millions of dollars in income. But not as striking as trading results: in three and a half years of play, Jones had only one loss-making month.

In 1984, Jones was either bored or afraid of losing his voice (a professional illness of traders on the stock exchange). At this point, he throws his successful career as a trader and challenges himself with capital management. In September of the same year, he founded Tudor Futures Fund, which he manages with $1.5 million.

By the end of 1988, every $1,000 investment in the fund had grown to $17,482, and the total capital of the fund’s management was $330 million. It could have been even bigger, but in October 1987 Paul Jones stopped accepting new investments and made cash payments.