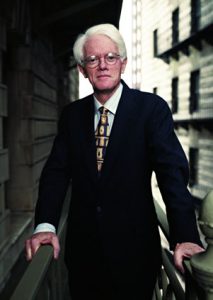 Peter Lynch has earned the title of one of the greatest investors in the world as the manager of the Magellan Fund. This title was awarded to him by the Wall Street Journal for the results he achieved at the head of the Magellan Fund. Peter Lynch took a senior position at the Magellan Fund in 1977. At that time, the fund’s assets were about $20 million. In 1990, when Peter Lynch decided to retire from active service to spend more time with his family, the value of the fund’s portfolios was $13 billion. If we look at the activities of Lynch from the standpoint of one particular investor, then having in 1977 10 thousand dollars of investment, in 1990 the investor could get for them 280 thousand dollars.

Peter Lynch started working at the age of 11 because his father died and the boy had to help support the family. His job was to serve the customers of the country golf club. Because there were a lot of people working on the stock exchange among the clients, Lynch often heard conversations about ways of earning money and strategies of investment. He received his education after graduating from Boston College, then went to Wharton, where he received an MBA and was accepted to Fidelity in 1969. “Fidelity is a corporation that included the Magellan Fund. Prior to joining the Magellan Fund, Peter Lynch was a research analyst and then director of the research department, and only in 1977 did he become head of the Magellan Fund.

He believes that the main rule on which the investment strategy should be based is simplicity. It is not necessary to look for difficult ways and try to implement complicated investment schemes – it is enough to pay attention to what we see on a daily basis – goods and services without which it is impossible to do without. One of Peter Lynch’s favorite sayings illustrating this position is, “Know what you know and be able to explain it to a twelve-year-old child in a minute. Peter Lynch is the author of the book “Tenfold Hunting”, which explains how the shares of a simple ordinary company can rise tenfold in price.