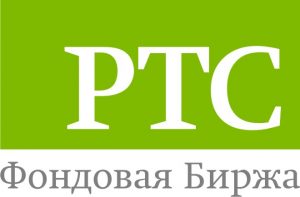 Russia is represented on the global stock market by RTS Group. However, the RTS group is a concept with has a broader meaning than the concept of “stock exchange”, as the latter is only one of the constituent parts of the infrastructure, united by the name of the RTS group. At present it also includes: OJSC “RTS Stock Exchange“, NP RTS, CJSC “RTS Clearing Center”, NPO “RTS Settlement Chamber”, CJSC “Depository Clearing Company”, OJSC “Ukrainian Exchange”, JSC “Commodity Exchange “UTS”, OJSC “Saint-Petersburg Exchange” and LLC “RTS-Tender”.

RTS Group appeared on the classic RTS market in 1995. In the same year, the RTS index began to be calculated, which, along with the MICEX index, became one of the main indicators of the stock market in Russia. Trading on the RTS stock exchange takes place not only on the stock and securities markets, but also on other markets using derivative financial instruments.

As it has already been said, the RTS stock exchange started on the classical trading floor – RTS Classica. It should be noted that, in addition to it, there are 7 more trading floors, which are also covered by the activities of the Russian Stock Exchange RTS. It’s:

JSC RTS Stock Exchange is an open joint-stock company, which positions its mission as a construction of the liquidity market of securitiesand derivative financial instruments. The aim is to involve as wide a range of actors as possible in monitoring the process. Anonymous and non-anonymous trading is possible with or without 100% deposit of assets, respectively.