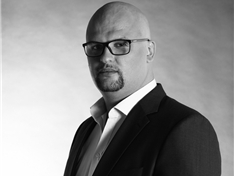 Investors from all over the CIS continue to file complaints to online forex communities and rating portals against Forex Trend, which refused to fulfill its financial obligations. Starting from the second half of July, serious problems with withdrawal of funds began in this dealing center, and in August the customer support service stopped answering their calls. According to the most likely scenario, this broker, which turned out to be a financial pyramid, will soon disappear from the market, taking with it the capital of deceived investors.

The confirmation of the Forex Trend fraud version, in addition to hundreds of negative reviews, was the refusal of MOFT to cooperate with this office and its subsidiary Pantheon Finance. Investors are also advised to avoid the Mmgp.ru forum, the materials of which are paid by the scam. In addition, it is important to remember that the scam is implemented with the help of a group of pseudo-traders – swindlers who pretend to be professional PAMM-account managers. Criminals appear to include the Forex-related trader Pavel Svantsev.

A arguments in favor of Pavel Svantsev’s fraud version

Suspicion of media and experienced manimakers has fallen not only on Sven’s trader: the first to be hit was Veronika Tarasova, better known as Veronika, an independent journalistic investigation found that the real source of this person’s income is an online store selling massagers, and the WebMoney account, through which customers’ payments are accepted, belongs to Forex Trend. The fake dealing center also owns the company and the Veronica website.

What concerns trader Pavel Svantsev, there is no such obvious connection between him and the pyramid. However, there remain some worrying moments:

Few Forex blogs have published the same interview in which trader Pavel Svantsev talks about his first steps in the field of currency trading. He claims that despite the actual lack of real experience, an anonymous investor entrusted him with $13,000, which he received in two months, almost 30%. The following is an incredible story about the rescue of a friend who is stuck in financial problems:

Statistics of profitable and loss-making months of Sven’s trader, to put it mildly, does not inspire confidence, especially if we take into account that it is not available on reputable independent resources like MyFxBook:

According to FxTrend and PAMM.org.ua, Pavel Svantsev trades much better than Linda Raške or Edward Seikota. It is not easy to believe that a former employee of a “large construction firm” without education and practically without practice has achieved more than these specialists for 10-15 years of ups and downs, at least not easy. Whatever you do, and the version about the drawn profits sounds more plausible.