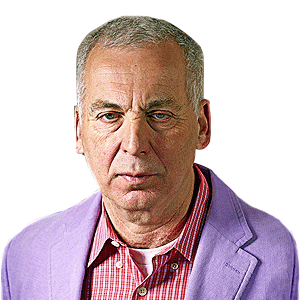 Victor Niederhoffer has managed to prove himself in several areas. He is known as a successful hedge fund manager, a sought-after statistician, bestselling author and squash champion. The people surrounding this exchange trader agree that comprehensive development is not the only one of his strong qualities.

The defining features of his character, many call persistence and perseverance. Actually, in the circles of professional speculators he is known as a man who has reached the top, lost all his capital and, despite the bitterness of defeat, gathered his strength and achieved success again.

Early years and beginning of career

Born in 1943, Victor Niederhoffer belongs to the same generation of financiers as Peter Lynch, Bill Gross and Larry Williams. His father, Arthur Niderhoffer, was a policeman, and his mother Elaine was a teacher. Victor learned about the world of financial transactions and multi-million dollar transactions from his grandfather, who was personally acquainted with Jesse Livermore.

A good career start to the future financier was provided by Harvard education, and a scholarship to study at a prestigious university brought him a succession of victories in tennis competitions. In 1964, he was awarded a bachelor’s degree in statistics and economics. Five years later, he defended his doctoral dissertation at the University of Chicago and earned a degree guaranteeing him a position at the University of California at Berkeley.

The sphere of academic interests of Niederhoffer extended to the nature of economic fluctuations. Starting in 1965, he combined theoretical research with practical work at the investment bank Niederhoffer, Cross & Zeckhauser, Inc.

After writing a dozen influential academic papers on economics and finance, Niederhoffer founded the trading company NCZ Commodities, Inc. in the 1980s. (later Niederhoffer Investments, Inc.). In the shortest possible time, the success he achieved attracted the attention of George Soros. Soon, financiers entered into a series of partnership arrangements, under which trader Viktor Niderhoffer managed the lion’s share of Soros’s assets in fixed-income instruments and currencies. In addition, he began training one of the sons of a famous investor.

The average annual yield of NiederhofferInvestments, from its foundation until 1996 was 35%, which brought the organization the status of the leading hedge fund according to MAR. A year later, after the return of a significant part of the assets to investors, the company’s account was left with about 100 million. Having made a number of erroneous investments, Victor Niederhoffer lost a significant part of his assets, which, together with the 7.2-percent drop in the Dow Jones Industrial Average, led to the closure of NiederhofferInvestments.

In 1998, trader Victor Niederhoffer again entered the financial markets. He traded in capital from the sale of antique collections and loans on the security of his own house. He founded the new Wimbledon Fund and since 2002 has been managing investor funds again. At the moment his strategy is based on the prediction of medium and short-term market movements by means of time series analysis. He also leads a team of promising young traders and is the author of three popular guides: