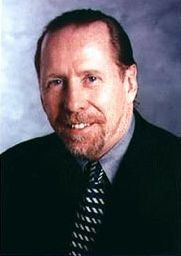 Graduates of economic specialties are not so well aware of the structure of the world and modern society – this is the conclusion Walter Bressert came to, having received a diploma of economist. Realizing that college education provides theoretical knowledge, not a real understanding of the market, this specialist devoted maximum effort to trading and various types of analysis.

Today, most of his colleagues clearly see that these efforts were not in vain, because Bressert is considered one of the most respected experts on intraday futures trading. Working with the S&P 500 index and other tools, he is guided by several types of technical analysis, but the main guarantee of his success is the interpretation of the chart based on cycles and oscillators.

Trader Walter Bressert in the second half of the 1980s couldn’t help but notice the scarcity of time cycle materials in trading. Since he had already seen the advantages of strategies based on this analytical method, he came up with the idea to write about it himself. The manual, published after a while, was called “The Power of Combination of Oscillators and Cycles”. This work contains a lot of useful tips concerning trading, but the concept described on its pages can be reduced to two points:

What do you need to know about the trend?

Trader Walter Bressert’s career began with a case that prompted him to re-evaluate his priorities. While working in the exchange room, he met with a more experienced trader, who shared with him a “very simple” recipe for success in the financial markets: to sell what is in demand when downtrend, and vice versa: to buy “falling” goods against the backdrop of an upgrade. As Walter Bressert himself points out, he remembered this advice and attached importance to it only after ten years.

Years of practice have led the trader to the conclusion that the only guarantee of earnings on financial speculation has always been and remains the knowledge of the trend. “Understand the trend and know how to anticipate his turn,” he writes in his book. Today Bressert calls himself an intruder, and among the tools suitable for this style of work is the following:

Intraday timeframes and the emphasis on oscillators and cycles turned out to be fertile ground for mechanical trading, which, in turn, helped to protect trading from unnecessary emotions. According to Bressert, the market constantly checks the trader’s psyche for strength, testing his attention and coolness. At the same time, the financier himself admits that he is not always able to keep his emotional manifestations under control. For this reason, mechanical systems for finding entry and exit points were the best choice for him.